Everything revolves around making roads in Widelands, a real time strategy game based on Settlers. Build efficient roads that optimize the flow of resources through your empire. Food, wood, iron, and gold are some of the materials that will be in transit. Widelands is a Setllers 2 like game, free available for Windows, MAc and Linux, available in several languages. For more info, pls visit www.widelands.org. Widelands offers single-player mode with different campaigns; the campaigns all tell storys of tribes or Empires and their struggle in the Widelands universe! However, settling really starts when you unite with friends over the Internet or LAN to build up new empires together -.

Widelands is a free slow-paced real-time strategyvideo game under the GNU General Public License.[1]Widelands takes many ideas from and is quite similar to The Settlers and The Settlers II. It is still a work in progress game, with development still required in graphics and bugfixing. The game runs on several operating systems such as AmigaOS 4, Linux, BSD, Mac OS X, and Windows. 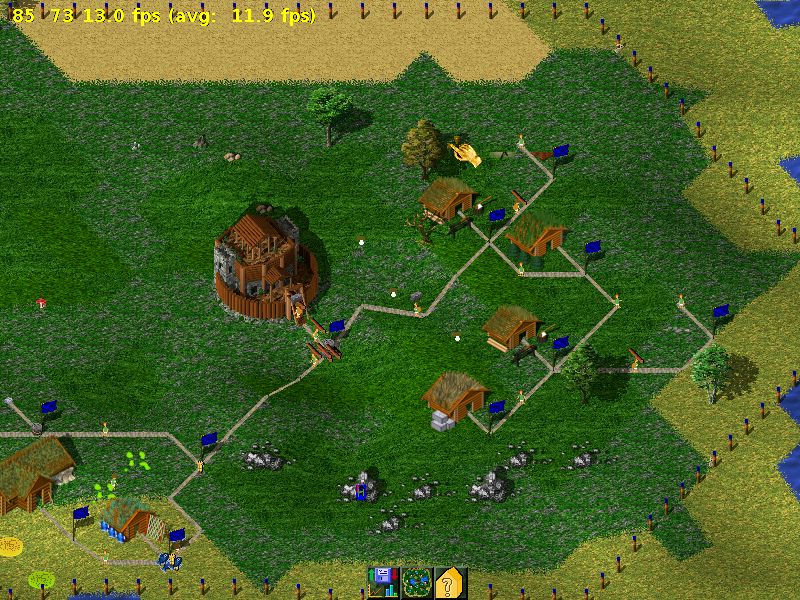 Advanced players can create their own maps with the included map editor.[4] It is also possible to import and play original Settlers II maps.

Widelands still contains some bugs that need to be fixed until a final (1.0) version will be released, further some wished features, graphics and sounds are still missing.[5][6] The newest version is Build 21, released on July 18, 2020.[7]

The game was reviewed by Linux Journal which noted:

Delve into this game, and there's much that lies beneath the surface. It has simple things that please, like how the in-game menus are very sophisticated and solid, with none of the bugginess you get in many amateur games. But, it's the complete reversal of hyperspeed in its gameplay that I really love. I always want to get back to building my base when playing most RTS games, but I'm constantly drawn away by fire fights. This game lets you keep building, and places serious emphasis on how you do it.[8]

The German LinuxUser magazine reviewed Widelands in issue 4/2008 in a three A4 paged article.[9]

The German c’t magazin wrote a short review of Widelands in their 4/2008 issue and included a Windows version of Widelands Build11 on their magazin DVD.[10]

This 2d game with a top-down view is a classic RTS remake, with simple graphics, although functional and efficient. We quickly found the happiness of the old Settlers series with the management of different sized sites, the positioning of the roads which bring resources and advancing your zone of influence with different military buildings.[11]

Widelands was selected in September 2010 as 'HotPick' by Linux Format.[12]

Recently I wrote about the upcoming update after doing some pre-release testing, and it's proven to be a wonderful RTS that keeps the spirit of the classic Settlers experience alive. Widelands is a strategy game where you don't have direct-unit control, instead you place down orders and everyone gets to work—as long as your road system is connected up properly. I'll openly admit to getting a bit carried away with playing Widelands recently sinking half a day into it.

Some of the highlights from Build 21 include:

While Widelands has a big set of features and can be enjoyed just like another other game, it's always under development and it's not 'finished' in the traditional sense. Part of this release was to help with that, as they did a huge clean up of the code and plenty has been refactored to help expand it in future.

Not only can you play against the AI, it also has online play and LAN support.

Find out more on the official Widelands site.