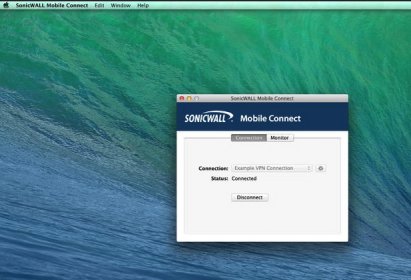 A solid text expander with some features its competitors don’t have–and lacking some they do.

Ergonis Software’s Typinator is a text-expansion utility similar to TextExpander or TypeIt4Me. Like those other programs, Typinator helps you type less, by letting you create abbreviations for things you commonly type, then expanding those abbreviations, on the fly, to the full text. If your job involves responding to sales leads, for example, you could configure an abbreviation to insert Thank you for your inquiry when you type tyfyi. These utilities can also help you notice and correct common typhographical errors, replacing wiht with with.

Most of these utilities run as programs that also have menu bar icons; Typinator, by contrast, exists solely as a menu bar icon. To access its setup screens, you press a global keyboard shortcut (Control-T, by default—this conflicted with built-in shortcuts for some programs I own, such as BBEdit, but you can easily change Typinator’s shortcut). Alternatively, you can click the Typinator menu bar icon to bring up the setup panel.

That setup panel is straightforward. Just click the plus sign, type in an abbreviation, then type or paste the expanded text. Typinator expansions can contain plain text, rich text, and images. For formatted text, you can control the text’s appearance and alignment. My only quibble is that the width of the area where you enter your expansions is both narrow and fixed, making it difficult to see longer ones.

You can also include variables in your expansions by either typing the variable’s name or using a drop-down menu. For instance, {N} will expand to the current month’s three-letter abbreviation (Jun, for example). Unfortunately, if you haven’t memorized those codes, using this feature can be a hassle, as selecting the codes from the drop-down menu is tedious. To build a date, for example, you need to open that menu over and over to add the month, day, and year, piece by piece. Other text expanders come with a selection of pre-formatted dates, which is much easier.

Typinator is also more limited than its competitors in its support for variables. Beyond date and time, you can insert the clipboard’s contents and position the cursor at a particular position in your expansion (useful when you need to type additional text after the expansion is pasted). But you can’t include special characters (Tab, Backspace, Return) or other abbreviations, you can’t run AppleScripts, and you can’t have the program pause for user input before it inserts the expanded text. Some other programs can do all of those things.

You can, however, specify whether or not the case of text matters (so Ttt and ttt can be separate abbreviations). You can also make expansions follow the case you use when typing them: For example, you can types Btw when you want to insert By the way at the beginning of a sentence, and btw to put by the way in the middle.

Typinator ships with a number of predefined abbreviations, each stored in its own set. For instance, there’s a set of 2,300 auto corrections from TidBITS that includes common typographical mistakes (such as producitve and indentify) that are more complex than the example I gave above. I found this set really valuable, as it covers a huge assortment of typos. Typinator also includes abbreviation sets for HTML code, FileMaker functions, superscripts and subscripts, and auto-correction libraries in a few additional languages.

You can have multiple abbreviation sets active at the same time. If you use the same abbreviation in more than one set, the program will give priority to the set that’s highest in the list of currently active sets. A small yellow warning flag will appear next to that abbreviation in other sets, indicating that it won’t be used.

Typinator lacks a convenient feature found in its competition: there’s no shortcut key to create a new abbreviation based on either the contents of your Clipboard or text selected in another application. To add an abbreviation in Typinator, you must first activate the settings panel, then click the plus sign to add a new abbreviation, and then fill in the details. The shortcut found in other programs makes this a much simpler process.

Unlike most of its competitors, Typinator doesn’t rely on global trigger keys to expand abbreviations. Instead, you define different triggering prefixes and suffixes for different sets. You can also configure Typinator so certain sets are active only in specific applications.

New in Typinator 4 are two notable features. First, you can now easily enable or disable any set of abbreviations via a checkbox. (This is in addition to the program’s existing capability to use particular sets with particular programs.) The second feature, of more general interest, is called QuickSearch, and it’s essentially “Spotlight for text snippets,” letting you quickly find and paste a particular snippet even if you can’t remember the snippet’s abbreviation. This feature greatly simplifies working with large sets of expansions—instead of having to remember hundreds of abbreviations, you just need to remember some part of the abbreviation or the expansion.

For example, I have about 20 different shortcuts for typing various URLs. Instead of having to remember which shortcut I assigned to which expansion, I can type Control-Enter to activate Typinator’s Spotlight-like search box (which appears at the top center of the screen), then type either part of the abbreviation or some portion of the expansion—in this example, part of the URL I want to insert—and Typinator instantly shows a list of matches. If there’s only one match, I would just press Return to insert the text into the frontmost text area; if there’s more than one, I can choose the desired expansion with the arrow keys, or type more text in the search box to further narrow the results. As someone with a large set of expansions, this feature makes it much simpler to find my seldom-used (but still important) ones.

In use, I found Typinator expanded my abbreviations quickly, even when using a ridiculously-long example (the entire text of the Declaration of Independence). A long example, copied from Wikipedia, containing rich text and embedded images performed similarly well. The only thing I really missed was the capability to insert special characters in my abbreviations—very useful for filling out Web forms.

Typinator is a solid text expander with some features not found in its competition. However, it’s also lacking in a few key areas, namely the capability to easily create abbreviations based on the Clipboard or selected text, as well as support for some variables. If you don’t need either of those features, Typinator is worth considering