Pixroll Image Converter Lite is a quick and easy way to convert all your images to other image formats. It supports most popular file formats like.heic.jpeg.png.tiff.gif.bmp, and much more. For conversion, you do not need an internet connection, simply add files to the application, select your format and click convert!

We review and compare the cameras on the Huawei P9, Huawei P9 Plus and Huawei P9 Lite to see which is best for you, complete with photo and video samples for a side-by-side comparison.

One of the biggest and most distinctive features of the Huawei P9 is its dual-lens Leica-branded camera, which we really liked in our full Huawei P9 review. Those two separate lenses work together to produce photos with a superior depth of field to most smartphone shots, while the P9’s camera also boasts phase detection autofocus, a two-tone LED flash and plenty of bonus features to keep amateur snappers happy.

But how does the Huawei P9’s camera compare with the camera on the P9 Plus and P9 Lite, two spin-off smartphones that Huawei launched alongside the P9? Here’s our full P9 vs P9 Plus vs P9 Lite camera review.

Check out our in-depth Huawei P9 camera review and see how these three phones stack up against each other in our full Huawei P9 vs P9 Plus vs P9 Lite comparison.

We might as well get this out of the way immediately: the P9 and P9 Plus basically sport the same dual-lens Leica camera hardware. Both phones have the same f/2.2 aperture 12-megapixel lenses with phase detection autofocus (also found on the iPhone 6s and Moto G4 Plus, among others), which helps the camera to focus quickly on your chosen subject, ready to take a photo.

When you dive into the camera interface of the P9 and P9 Plus, you’ll see almost the exact same features and settings. You can simply take a shot by tapping the shutter button, swap to video mode to record some footage, and bring up the manual controls to get a very precise photo. You can also swap between two different Depth of Field options (the main advantage of those dual lenses). This either keeps both foreground and background sharply in focus, or provides a very narrow field of focus and blurs everything else for a lovely boche effect.

By comparison, the P9 Lite sports a stripped-down 13-megapixel camera with just a single f/2.0 aperture lens. Gone is the phase detection autofocus, replaced with a basic autofocus that isn’t quite as nippy. Even the two-tone LED flash of the P9 and P9 Plus has been reduced to a single LED.

So, you obviously have no control over depth of field on the P9 Lite, and you also don’t get the handy pull-out manual controls; you have to dive into the camera settings to bring up the likes of ISO control (which maxes out at 1600 instead of 3200). You also lose some of the other camera features found on the more expensive P9 phones, such as the very cool monochrome mode, although the P9 Lite does still pack in plenty of Huawei’s other camera modes including the Light Painting feature (for capturing trails of light at night).

In some respects, the P9 Lite’s inferior camera isn’t too different from the sexy dual-lens snapper on the P9 Plus and vanilla P9 phone. For instance, when it comes to the final results, we were pleased to see that detail levels were very similar, whether you’re shooting a sweeping vista or something very up-close and personal.

However, the P9 Lite is weaker in most other areas. For instance, there’s obvious blur when capturing moving subjects, occasionally to a worrying degree. Colours are also richer and better-looking on the P9 and P9 Plus photos, whereas they’re occasionally a little washed-out on P9 Lite. And of course, you can’t get that lovely boche effect with the P9 Lite, as it only has one lens.

Here’s a direct comparison between a boche shot from the P9 (left) and the P9 Lite equivalent (right). Note the richer tones on the P9’s photo too. Click for a larger image.

The P9 and P9 Plus cameras are also superior when the lights go down, offering up less grain and more detail. And if you resort to the flash, you’ll get more natural tones with the more premium dual-lens cameras thanks to the two-tone LEDs.

The Huawei P9 and P9 Plus can both shoot Full HD video at either 30 Frames-Per-Second, or 60FPS. Neither phone offers 4K video recording. Likewise, the P9 Lite maxes out at Full HD resolution, although only at 30FPS.

We found that video quality was comparable between the P9 Lite and the more expensive P9 models. None of these handsets have built-in Optical Image Stabilisation, but the digital stabilisation (which crops and steadies the video you shoot) works perfectly well. Note that this is not available when shooting 60FPS video on the P9 and P9 Plus.

All three phones handle changes in lighting well and do a decent job of picking up audio. Rivals impress more when it comes to detail levels, but any of these mobiles do the job for straightforward home movies.

Here are some video samples shot on all three phones, so you can see how they stack up.

You can watch the full camera comparison right here:

True if any changes have been made to this image.

Constructs an ImagePlus from an AWT Image. The first argument will be used as the title of the window that displays the image. Throws an IllegalStateException if an error occurs while loading the image.

Constructs an ImagePlus from an ImageProcessor. 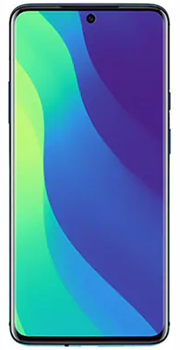 Constructs an ImagePlus from a stack.

Locks the image so other threads can test to see if it is in use. Returns true if the image was successfully locked. Beeps, displays a message in the status bar, and returns false if the image is already locked.

Similar to lock, but doesn't beep and display an error message if the attempt to lock the image fails.

Draws the image. If there is an ROI, its outline is also displayed. Does nothing if there is no window associated with this image (i.e. show() has not been called).

Updates this image from the pixel data in its associated ImageProcessor, then displays it. Does nothing if there is no window associated with this image (i.e. show() has not been called).

Calls draw to draw the image and also repaints the image window to force the information displayed above the image (dimension, type, size) to be updated.

Calls updateAndDraw to update from the pixel data and draw the image, and also repaints the image window to force the information displayed above the image (dimension, type, size) to be updated.

ImageCanvas.paint() calls this method when the ImageProcessor has generated new image.

Closes the window, if any, that is displaying this image.

Closes this image and sets the pixel arrays to null.

Opens a window to display this image and clears the status bar.

Opens a window to display this image and displays 'statusMessage' in the status bar.

Replaces the AWT image, if any, with the one specified. Throws an IllegalStateException if an error occurs while loading the image.

Replaces the ImageProcessor, if any, with the one specified. Set 'title' to null to leave the image title unchanged.

Replaces the stack, if any, with the one specified. Set 'title' to null to leave the title unchanged.

Saves this image's FileInfo so it can be later retieved using getOriginalFileInfo().

This method should only be called from an ImageWindow.

Frees RAM by setting the snapshot (undo) buffer in the current ImageProcessor to null.

Returns an ImageStatistics object generated using the specified measurement options and histogram bin count. Note: except for float images, the number of bins is currently fixed at 256.

Returns an ImageStatistics object generated using the specified measurement options, histogram bin count and histogram range. Note: for 8-bit and RGB images, the number of bins is fixed at 256 and the histogram range is always 0-255.

Returns a shortened version of image name that does not include spaces or a file name extension.

If this is a stack, return the number of slices, else return 1.

If this is a stack, return the number of slices, else return 1.

Sets the 3rd, 4th and 5th dimensions, where nChannels*nSlices*nFrames must be the same as the stack size.

Returns the number of channels.

Returns the number of frames (time-points).

Returns the dimensions of this image (width, height, nChannels, nSlices, nFrames) as a 5 element int array.

Adds a key-value pair to this image's properties.

Returns the property associated with 'key'. May return null.

Creates a LookUpTable object corresponding to this image.

Returns true is this image uses an inverting LUT that displays zero as white and 255 as black.

Returns an empty image stack that has the same width, height and color table as this image.

Returns the image stack. The stack may have only one slice. After adding or removing slices, call setStack() to update the image and the window that is displaying it.

Returns the base image stack.

Returns the current stack slice number or 1 if this is a single image.

Activates the specified slice. The index must be >= 1 and <= N, where N in the number of slices in the stack. Does nothing if this ImagePlus does not use a stack.

Assigns the specified ROI to this image and displays it. Any existing ROI is deleted if roi is null or its width or height is zero.

Starts the process of creating a new selection, where sx and sy are the starting screen coordinates. The selection type is determined by which tool in the tool bar is active. The user interactively sets the selection size and shape.

Deletes the current region of interest. Makes a copy of the current ROI so it can be recovered by the Edit/Restore Selection command.

Returns a FileInfo object containing information, including the pixel array, needed to save this image. Use getOriginalFileInfo() to get a copy of the FileInfo object used to open the image.

Returns the FileInfo object that was used to open this image. Returns null for images created using the File/New command.

Sets the image arrays to null to help the garbage collector do its job. Does nothing if the image is locked or a setIgnoreFlush(true) call has been made.

Set ignoreFlush true to not have the pixel data set to null when the window is closed.

Returns a new ImagePlus with this ImagePlus' attributes (e.g. spatial scale), but no image.

Copies the calibration of the specified image to this image.

Calls System.currentTimeMillis() to save the current time so it can be retrieved later using getStartTime() to calculate the elapsed time of an operation.

Returns the time in milliseconds when startTiming() was last called.

Returns the system-wide calibration, or null.

Displays the cursor coordinates and pixel value in the status bar. Called by ImageCanvas when the mouse moves. Can be overridden by ImagePlus subclasses.

Redisplays the (x,y) coordinates and pixel value (which may have changed) in the status bar. Called by the Next Slice and Previous Slice commands to update the z-coordinate and pixel value.

Converts the current cursor location to a string.

Copies the contents of the current selection to the internal clipboard. Copies the entire image if there is no selection. Also clears the selection if cut is true.