CRAX Commander is dual-pane file manager with approachable user interface. It is integrated with Subversion 1.6 - 1.9 and it has built-in FTP/FTPS, SFTP/SSH,WebDAV,SMB,AFP client functionality. CRAX Commander provides many of functionalities you need to quickly and effectively access and manage your local and remote files. This is a graphical, dual-panel file manager with support for operations (copy, move, delete). This software has built-in support for SSH and FTP. This is not free software but you can download a demo version from the program site.

XTree is a file managerprogram originally designed for use under DOS. It was published by Underwear Systems, later Executive Systems, Inc. (ESI) and first released on 1 April 1985, and became highly popular.[1] The program uses a character-mode interface, which has many elements typically associated with a graphical user interface.

The program filled a required niche in the market, as DOS shipped with only a command-line file manager, until the generally unsuccessful DOS Shell that was provided with MS-DOS 4.0. Even then, the speed and features of XTreeGold were superior — specifically support for the Zipcompression format and ability to undelete files. The program also has the benefit of requiring very little memory, essential at a time when less than 640 kB of memory was available for programs to run.

XTree 1.0 was officially introduced on April 1, 1985, at the West Coast Computer Faire and sold for $39.95. Work had begun on XTree in December 1984. The primary developer was Jeffery C. Johnson, who was working for a company named Executive Systems, Inc. (ESI). Additional contributions were made by ESI owners Dale Sinor, Tom Smith, and Henry Hernandez, as well as Ken Broomfield, who provided quality assurance. The XTree name was the concept of Johnson's wife, Arletta, who had made the suggestion: 'XTree'. You know, like 'X-Tree, X-Tree. Read all about it!'. Johnson was the originator of the visual directory tree concept first used in an Epson backup product created by ESI. Johnson describes the creation of a visual directory tree as follows: 'Everyone in the room when I first drew it on a whiteboard [...] When I sat down, Tom and Dale both said 'it can't be done.' Henry, on the other hand, could read me like a book, and seeing the look in my eyes said something like, '... possible, but not on today's computers.' That was a Friday afternoon, it was running by Monday morning and by the end of the day verified as being accurate by an office full of skeptics.[2]

The TREEcommand found in later DOS releases displayed directories in a markedly similar fashion. By 1991, XTree had sold over 3 million copies and was released in over a half-dozen languages.[3]

Even in its earliest version XTree contained features like listing all files of a branch, including subdirectories, listing of all files on a disk,[4] or viewing a file's contents in text or hexadecimal format (regardless of its file extension),[5] a feature never added to the built-in Windows file manager.

XTree was supplemented by the enhanced XTreePro in 1988, which added features for working with multiple disk drives, speed improvements, and brought the keyboard commands more in line with other common DOS programs.[1] A version of XTreePro with Novell NetWare connectivity debuted in late 1988.[6] XTreeProGold/XTreeGold succeeded Xtree Pro in 1989, adding pull-down menus to enhance the interface, additional file viewers, and the choice of a Norton Commander-style split pane between locations on different disks.[7] The first GUI-enabled XTree product was XTreeMac, also launched in 1989, which brought the XTree interface metaphors to the Macintosh System as a Finder replacement. While the Macintosh System software already had competent file management, XTreeMac made it easier to move and copy files and added undeletion and enhanced file finding tools.[8]

Also in 1989, the company ran a four-month 'Software Amnesty for Everyone', allowing users of unauthorized copies of XTree to register them for a small fee. Five thousand licenses were sold for $20 each.[9]

XTree suffered a terminal decline after the widespread adoption of Microsoft Windows. The built-in Windows file manager had a vaguely similar appearance to XTree, and while it lacked the speed, keyboard shortcuts and power, it did benefit greatly from being included with Windows.

In 1992 XTree for Windows was released. The product dropped many of the features liked in the DOS versions, with undeletion and file editing particularly noticeable by their absence. The program also took considerably longer to load than both DOS Xtree and other Windows file managers, and operations like viewing files were slower. Despite this, features like native support for file compression and a wide range of file viewers made it the most feature complete Windows file manager of that year.[10] It was not a success for the company. In 1993, the XTree Company was sold to Central Point Software,[11] which was in turn acquired by Symantec in 1994,[12] and in 1995 production of XTree products was halted.

The popularity of the program has led many enthusiasts to develop clone versions that work with modern operating systems. Known clones include Xfile, ZTreeWin, Unixtree and Ytree.

The authors and users commonly view these clones as a tribute to the original XTree program, rather than a competitor, especially since XTree is no longer commercially available. 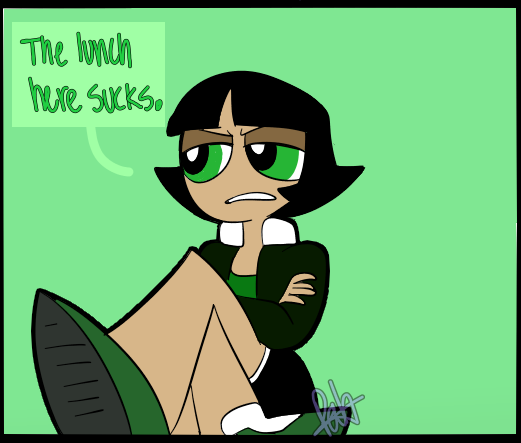 Crax Commander, stylized CRAX, is a dual pane, orthodox file manager for macOS, written in the programming language Objective-C. The app is currently developed by Soft4U2 (Marcin Słowik)[1] and is one of several replacement apps for Apple's Finder.

The program's look is similar to Finder, and it has many features and functions, so it is usable quickly as a replacement.[2]

The software uses the model of a dual-pane user interface, which is well known from the domain of the Windows applications such as Total Commander. This approach assumes offering multi-tab browsing user interface with features enabling advanced search of files or folders, comparing files and folders, navigation in archive files, and a batch renaming tool with regular expression support. Such programs also include a built-in File Transfer Protocol (FTP) client, working with local and network drives, and a built-in file editor and viewer.[3][4][5][6][7][8]

The program is available in demo and paid versions and provides many tools that will help users to manage files and folders while exploiting the dual-pane graphical user interface design.[11][12]