I have nothing against stories you play, though they’re currently shelved with video games only because we privilege unreliable terms like “interactivity.” I was meh on this year’s Buried and Firewatch, more in accord with Oxenfree, and awed by Virginia. But in all cases they involved me watching some things happen, clicking a button, then watching some more things happen. In the end, it’s not so different from how you operate a motion comic or a visual novel.

That’s put the burden of invention on audiovisual novelty. In Night School Studio’s Oxenfree, it’s the organically overlapping banter of a lively Scooby Gang in lieu of “I go, you go” dialogue. In Virginia, it’s the absence of spoken words and smash cuts that elide otherwise dull peregrination. And in Brain&Brain’s Burly Men at Sea, a folktale mashup out for mobile devices and PC on September 29, it’s the artful interplay of visual minimalism, waggish writing and hilarious but also haunting sound effects generated by gorgeous a cappella voices. 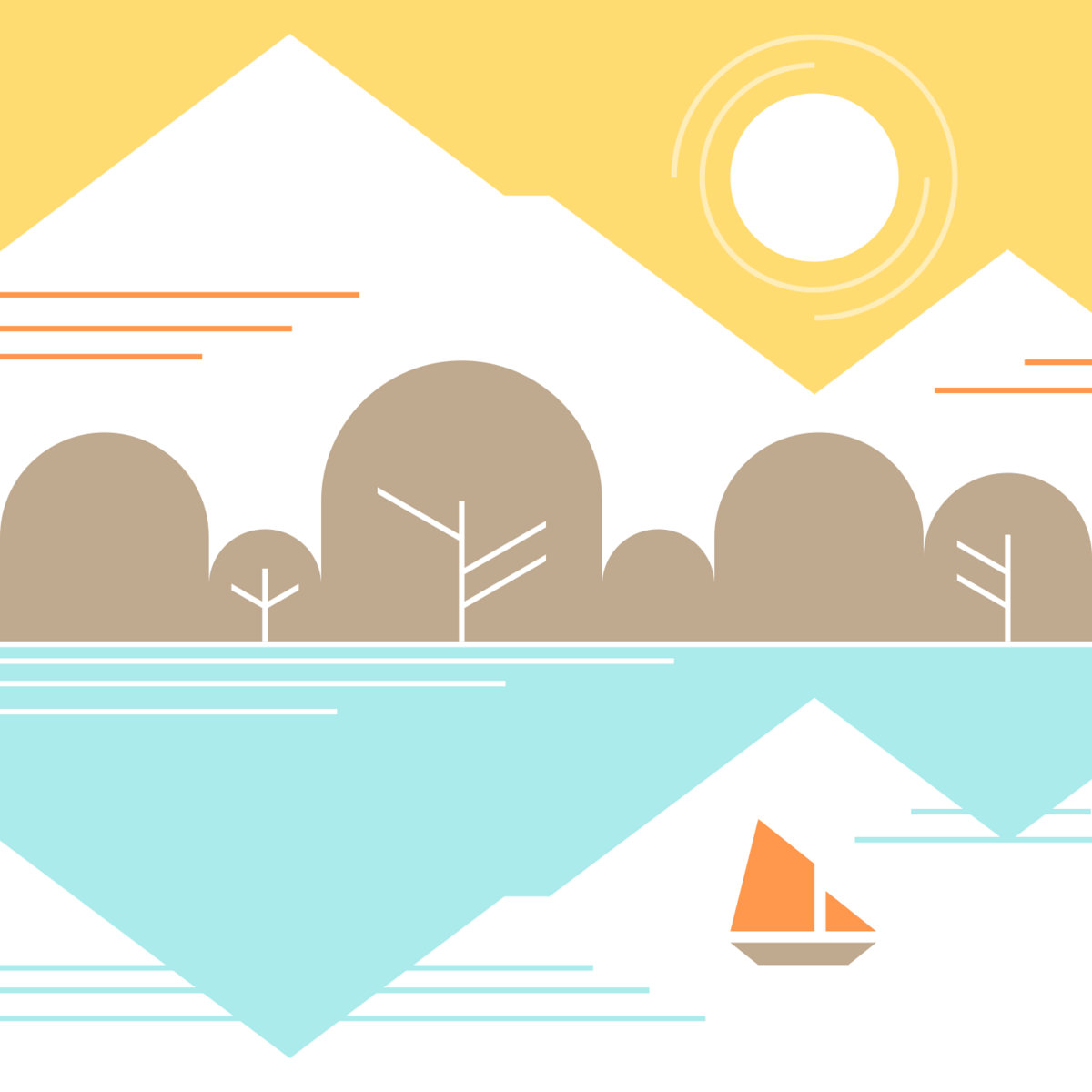 In our fall preview I mused that Burly Men at Sea looked like “ZZ Top meets Neil Gaiman” or “Hemingway on the half-shell.” Having played it, I can say it’s definitely that odd, a confabulation of quirks and insights that manages to balance both deftly. But like the three princes of Sri Lanka who potter from exploit to exploit in the Persian fairy tale, it’s also about serendipity.

Three strapping men with beards like body-sized balloons amble through geometrically simple, pastel screens that gradually fill with fabulous creatures and locales. They have Snow White-ish names like Hasty or Brave Beard and personas to match: a whiskered trio of surly swashbucklers answering the call to mini-adventures that veer from the irreverent to the numinous. Off they go to meet this fabulous beast or that one, skimming the ocean blue or plumbing its depths in a series of haphazard encounters, each repeatable with variations on a theme.

After finding a mysterious map floating in a bottle at sea, three Burly Bearded Men (Hasty Beard, Brave Beard, and Steady Beard) set sail to find the meaning to the map. Every decision they make along the way changes the story, creating 12 possible endings. 🔥Black Friday Sale 2018 On Playasia this affiliate link to SUPPORT ME PSN Cards for ea.

No gordian puzzles wait to trip you up, and I’m not sure there’s a grand message about the nature of anything you’re meant to decode. Like Ryan North’s crafty Shakespearean vamps, this feels more like whimsy for whimsy’s sake, a tale told by a…well, actually told by some pretty clever writers, signifying a trove of witty prose worth lingering over.

All of that’s framed by an interface as designer-simple as the game’s visually Scandinavian pastiches. The men are viewed through a movable rondel, like a telescopic sight you can extend parabolically left or right by sliding your finger (on a mobile device) or a mouse (on PC). On occasion a sequence asks you to engage in binary ways to for instance slow or speed an object, or shrink or enlarge another. It’s as if you’re a distant spy honed in on the action, but with telepathic powers of motivation and conduction.

Never mind that you’re also a glorified page-turner, Burly Men at Sea offers stories worth absorbing and sweetly animated absurdities that had me chuckling. If in the end it feels a bit like rollicking through a children’s book, that’s also intentional: there’s a physical artifact hook, whereby each unique play-through that’s stored by the game in a library of sorts can be referenced to preorder a fully-illustrated hardcover version of the adventure (shipping later this fall, says Brain&Brain). If the books look half as stylish and vivid as the game, it’ll go down as one of the smarter physical media tie-ins.

Moments into my first outing with the men, I realized the sound effects I was hearing—in that particular moment, of birds flitting between perches—were clever human-voiced mimicries, not synthesized effects. That turns out to be the case throughout the game, which features bursts of sound evocative of Sufjan Stevens meets Bon Iver meets a hysterically shoestring Foley-stage.

This is a game that speaks in plaintive accordion tunes and whispers, airy sighs and polyphonic hoots, that marries quirky activities with starlit encounters and aquamarine serpents plucked from Norwegian myth. It’s a little bit The Old Man and the Sea, a little bit O Brother, Where Art Thou? And a reminder that the journey is a maundering circle, filled with both farce and delight.

The Leadership Brief. Conversations with the most influential leaders in business and tech.

For your security, we've sent a confirmation email to the address you entered. Click the link to confirm your subscription and begin receiving our newsletters. If you don't get the confirmation within 10 minutes, please check your spam folder.
Read Next
No PlayStation 5 or Xbox Series X? Here's How to Get Your Next-Gen Gaming Fix at Any Budget

Next Up: Editor's Pick
Underwater Noise Pollution Is Disrupting Ocean Life—But We Can Fix It
EDIT POST
Coments are closed
Apowersoft PDF EditorAirMount