Autopano pro was an integrated panorama stitching software for Windows, Mac OS and Linux by Alexandre Jenny and later Kolor/GoPro which automatically finds and stitches images. (Commercial, no longer be for sale)

What's new in Autopano Giga 4.4.2: Main changes: The 4.4.2 is the new version of Autopano Pro/Giga. We have improved the RAW support in Autopano by integrating the lastest version of DCRAW. Autopano functions on the edit screen: Autopano has a number of options you can use to render your panoramic image. These projections help with distortion and skewing. Below is an explanation of the most commonly used projections. Spherical – The spherical function allows any panorama to be assembled. It is a commonly used option for building. Behind Autopano's simplicity and ease of use lurks a stitching engine based on advanced algorithms. The image stitching technology (SIFT) included in Autopano was developed as part of a research project at the University of British Columbia in Vancouver (Canada).

Kolor will be closing and as of September 14, 2018, Kolor products will no longer be for sale.

It was based on a research project called Autostich that was developed by Matthew Brown and DG Lowe; the research paper was originally published in 2003. Autopano Pro is one of the few commercial licensees of the Autostich engine. A free tool using the same technique is autopano

The software can, for example, given a folder with images composing 2 different panoramas, detect that there are two different scenes represented by the images in the folders, and actually stitch all of the images together to create 2 panoramas. This has great implications for batch processing, as the entire stitching process can be completely automated in many cases.

The image below was stitched automatically from 42 images shot handheld from a cellphone, which gives you an idea of Autopano's detection, alignment, and stitching capabilities. 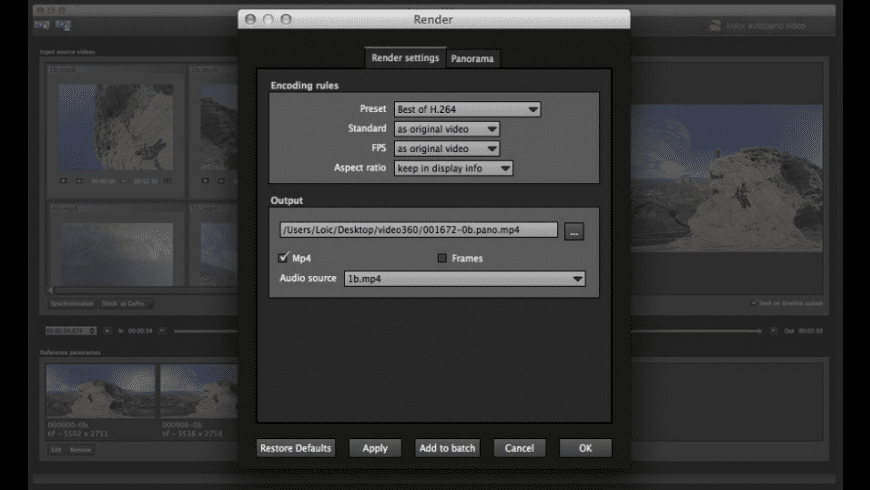 Kolor produces two advanced automatic panorama stitching software, Autopano Giga and Autopano Pro. Versions of both are kept in sync which is 4.2.3 at publication time. The latest version of Autopano Giga takes the full potential of the original Autostitch concept and brings it to a new level of performance and capability. Not only can Autopano Giga automatically stitch enormous panoramas, it can also detect which images among thousands for a coherent panorama. This works for both rectilinear and fisheye images.

While this is a direct review of Autopano Giga, Autopano Pro is uses the same stitching engine and user-interface. There are simply more professional-level features in the Giga variant. Most notably: Masking, Exposure Fusion Adjustments, Multiple Viewpoint and Stitching Templates are only available in Autopano Giga. For the complete list of differences, see the Feature Comparison Chart on Kolor's website.

Both stitching programs offer a choice of over 400 input formats, including RAW files from most cameras. Seven output formats ranging from the usual 8-bit to 32-bit per-component for the creation of full HDR panoramas are equally supported. The latest versions of Autopano Giga and Autopano Pro support automatic Exposure-Fusion and HDR blending which has been dramatically improved compared to previous generations.

Autopano offers a high level of automation and can do nearly everything automatically: Correct exposure and color inconsistencies between frames; Straighten the horizon; and even optimally crop panoramas. Autopano Giga boasts a number of additional and plug-ins, including support for lens correction using Adobe Lens Profiles. 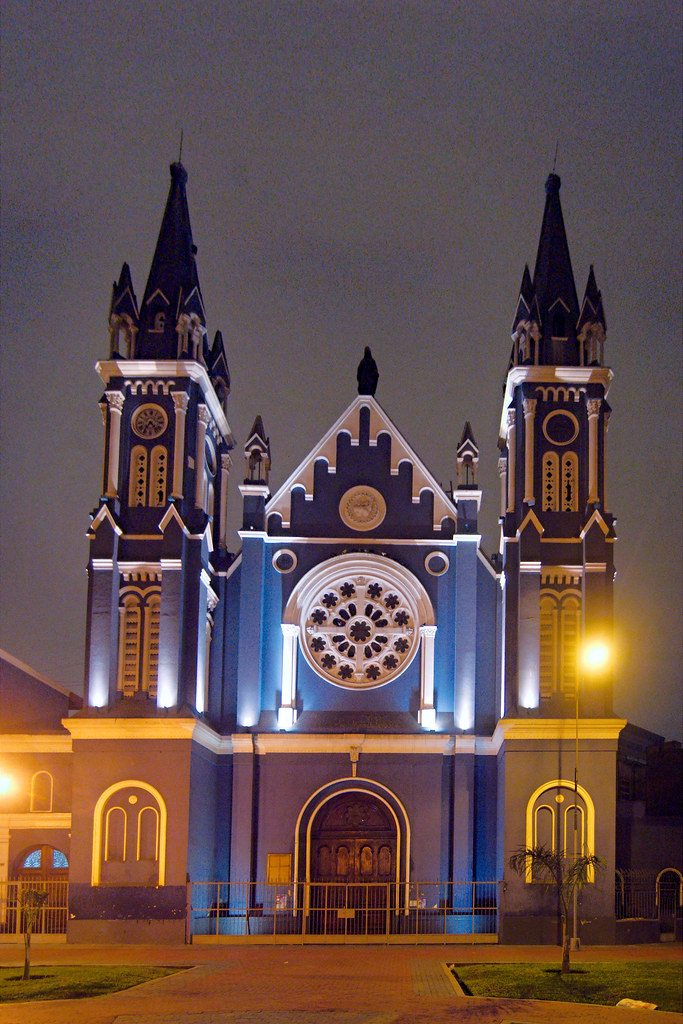 Autopano Pro and Autopano Giga are available for Windows, Linux and Mac. There are native 64-bit and 32-bit versions and the user-interface is available in 9 languages. Both software can be purchased directly from Kolor. Autopano Giga currently costs € 199 and Autopano Pro is available for € 99. Applicable taxes must be paid on top of those amounts. Any purchaser is entitled to minor upgrades and fixes, so licenses are currently valid for the entire 4.x generation.

Autopano Pro and Autopano Giga - collectively referred to as Autopano in this review - use the same elegant interface on a grey background designed to minimize interference with color perception. It now offers two shades of grey, a mid-tone or a dark one, which the entire UI takes on. Although version 4.x offers a much more customization than 2.6.4 that had previously been reviewed here, neither software is complex and they are easy to use after a reasonable period of learning. Their interface is unconventional in that it is modeless and is designed for automation and parallelism. While most stitching software force the user to progressively advance through a series of steps, Autopano does not.

When working with Autopano, most common actions are performed by clicking on rather large icons. Some are difficult to guess what they are but they all have a minimal tooltip to help out. For example, the Gear icon, seen in the screenshot below, looks like the Settings icon on most Android phones but it actually opens the Batch Renderer window in this case. Actual Settings are available from the Edit menu which brings up an imposing dialog with 6 tabs. There are many important options there including those to control the performance of Autopano and set defaults for rendering and saving completed panoramas.

When Autopano starts, it presents a split window with one side for groups of files and the other for panoramas. From each group of files on the left, Autopano can detect any number of panoramas and add them to the right. There, each panorama shows a rough preview and basic information: Number of images, Resolution, Field-Of-View, RMS, Lens Type, Projection and Dynamic-Range. This information is there to assess if Autopano detected a panorama well. One key metric is the RMS value which measures how well images match in overlapping areas. The lower the number, the better the match. High values usually appear either when a panorama is not taken properly or when photos are incorrectly identified as part of a panorama. This regularly happens multiple photos of the same subject are taken from different points-of-view.

For a completely automatic workflow, Autopano only requires the user to press four buttons:

Automatic tools like Straighten Panorama and Set Vanishing Point actually work extremely well with just one or two clicks. Other things, like Panorama Rotation which requires setting one angle-of-rotation of each of 3 axis without showing an interactive preview, are not very usable. It is impossible to choose correct values to a sufficient degree of precision without interactivity. Some tools have been greatly improved though. Move Image now happens interactively with Autopano updating the warping of other images in real-time. Adjusting Exposure Fusion controls shows a preview window but it takes a long while to see each update.

While automation is Autopano Giga is extremely capable, it is sometimes necessary to tweak the stitching process. An additional windows appear for editing control-points for each panorama. This can easily lead to dozens of windows open which becomes seriously confusing, so it is best to work on just a few panoramas at one time. A good stitch not only requires good control-points but also uniform blending of exposure and color. This software copes very well with differences in exposure even when due to vignetting. The user can control which image is used to set exposure or color when rendering a panoramic image.

The rendering engine in Autopano Giga produces excellent results. Stitched panoramas preserve sharpness very well even across image boundaries. The blending algorithm leaves no visible seems, uniformly blending color and exposure. Overlap regions are rendered with the best pixels from each image and avoids blending-in lens artifacts such as chromatic aberrations. Autopano remains the only software to render an aberration-free panorama from our test images so far. Note that sometimes artifacts show up in the Preview window which uses a faster lower-quality algorithm.

Automatic Detection lets Autopano guess which images among a set belong to a panorama. Given a set of images that entirely forms a panorama, it almost always correctly detects the panorama and properly aligns its images. Given a much larger set though, the panorama detection algorithm is rather aggressive and may group images into panoramas even if they were shot using different focal-lengths. One can easily add or remove images should Autopano incorrectly determine their contribution to a panorama. The new algorithm now stacks images for Exposure Fusion and HDR Blending. Stacking generally works well but occasionally failed to recognize a complete stack.

Exposure Fusion and HDR features are highly improved compared to Autopano Giga 2.x. Exposure Fusion is quite smooth with a reasonable amount of control. HDR remains very hard to adjust, so we had better success giving Autopano Giga images which were merged by third-party software.

Autopano Giga uses a very CPU intensive algorithm to produce such high quality stitching. This makes it slower than most software, even after two generations of technology improvements. A simple 3-image stitch took 62s using 4 CPU cores which is about twice the time it takes MS ICE to perform the same stitch. It takes an unusually and disproportionately long time to perform Exposure Fusion or HDR Blending when rendering a panorama.

This particular version of Autopano Giga is surprisingly unstable. There seems to be a problem with multi-processing. There was a high number of crashes during the review. When running Autopano Giga on 8 core, it was unusual for rendering to complete! Giving it more than one panorama to render speeds up crashing. With 4-cores only, there were still a high percentage of crashes but many panoramas did finish rendering.

There was no problem at all when running on a single-core. Issues occurred with and without GPU processing enabled which can increase instability since there are more types of GPUs than CPUs and drivers can vary in quality. Since minor upgrades are including in the license, we hope that Kolor will fix these problems soon. Autopano Giga is an excellent stitching software with a highly automatic and parallel workflow. It can produce any number panoramas without user effort beyond telling where to find sources images and a few button clicks. Output quality is top notch with superb alignment and blending of images along seems. As they say, good things come to those who wait, and both these software take more time to render than their peers. However, the interface is designed to work on more than one panorama at a time and rarely blocks users.

Based on its performance and simplicity, we can recommend Autopano for stitching panoramas, although there are certainly concerns regarding stability. This probably depends on the specific environment, system and drivers, so we strongly suggest getting the free trial before buying. When it is working, the output is top-notch and it offers a high degree of flexibility to correct for typical panorama issues such as uneven exposure, subject movement, vignetting, etc.

The big question is to go Pro or Giga. For beginners, the Pro version gives excellent value while providing all essential features for automatically creating panoramas. The Giga version provides additional power through plug-ins which are used to process images before being fed to the stitching algorithm. Included with Autopano Giga is a plug-in to use Adobe Lens Profiles and one to reduce haze in distant panoramas.

Kolor sells Autopano Pro and Autopano Giga directly on their website. Products can be purchased individually or as a bundle with other software. There are 32-bit and 64-bit versions of Windows, Linux and Mac.